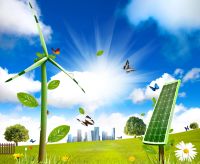 The growth of renewables was driven primarily by solar and wind which expanded by 26.55% and 24.66% respectively. There were also increases in output by biofuels (up 10.00%) and hydropower (up 9.54%) while geothermal energy remained essentially unchanged. Production by wood and biomass waste combined fell by 1.60%.

However, domestic energy production from all fossil fuel sources combined (i.e., oil and natural gas as well as coal) increased by 4.91% and accounted for 78.31% of the total. That, in turn, contributed to a 2.57% increase in carbon dioxide (C02) emissions attributable to U.S. fossil energy consumption.

Strong growth by renewables is further confirmed by a second recently-released EIA report as well as another issued by the Federal Energy Regulatory Commission (FERC) – both with data through July 31, 2022.

According to EIA’s latest “Electric Power Monthly” report, electrical generation by renewable sources increased by 19.26% during the first seven months of 2022, compared to the same period a year earlier and provided 24.23% of total output, including wind at 10.74% and solar at 4.97%. By comparison, coal’s share dropped to 19.67% and nuclear fell to 17.80% while natural gas retained its lead at 37.40%.

The expansion of renewable energy’s share of U.S. energy production and consumption should come as no surprise given the trend of the past decade,” noted the SUN DAY Campaign’s executive director Ken Bossong. “However, the latest growth data will likely pale compared to what is on the near-term horizon now that the Inflation Reduction Act has become law.”