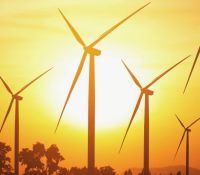 According to data recently released by the Federal Energy Regulatory Commission (FERC), new “high probability” additions by solar and wind over the next three years are now projected to be more than 26-times that of natural gas.

FERC reports that there may be as much as 195,086-MW of new solar capacity in the pipeline with 67,147-MW classified as “high probability” additions and no offsetting “retirements.” The “high probability” additions alone would nearly double utility-scale solar’s current installed capacity of 76,040-MW while successful completion of all projects in the pipeline would nearly quadruple it.

“High probability” generation capacity additions for utility-scale solar and wind combined, minus anticipated retirements, reflect a projected net increase of 84,596-MW over the next three years, or over 2,350-MW per month. That figure does not include new distributed, small-scale solar capacity or additions by hydropower, geothermal, and biomass.

It is somewhat surprising how little net new natural gas capacity FERC anticipates being added over the next three years – just 3,200-MW (i.e., 20,880-MW in “high probability” additions minus 17,680-MW in retirements). That is significantly less net new gas capacity by August 2025 than the new gas capacity that was added in the first two-thirds of 2022. For perspective, in August 2019, FERC had foreseen 19,757-MW of net new natural gas additions in the three-year pipeline. The newly-reported sharp drop in natural gas pipeline projects suggests a major reversal for its future prospects.

If just FERC’s latest “high probability” projections materialize, by August 2025, renewable energy sources would grow from a bit over a quarter today to nearly a third (31.88%) of the nation’s total available installed generating capacity. Utility-scale solar and wind generating capacity would expand from 17.30% of domestic capacity today to 22.78% by August 2025 with solar and wind accounting for 10.81% and 11.97% respectively.

FERC’s 6-page “Energy Infrastructure Update for August 2022” was released on October 5, 2022 and can be found at: https://cms.ferc.gov/media/energy-infrastructure-update-august-2022.