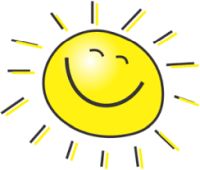 4. Adding solar panels increases the value of your property.

5. Solar energy is readily available source of energy as long as our Sun continues to exist.

6. Solar energy is the most abundant form of energy available on our planet.

9. Using more solar energy is an ideal green energy solution for countries with plenty of sunshine throughout the year.

11. Many countries offer incentives and other benefits for new solar energy projects.

12. Solar power plants require large areas to be built on because of their relatively low efficiency.

15. Solar energy is according to the global public opinion the most popular renewable energy source in the world.

16. Solar energy has enormous potential that could easily satisfy global demand for energy.

25. The first solar cell was constructed by Charles Fritts in the 1880s.

26. A material called silicon is the main ingredient of solar panels.

27. Solar energy is not only used to create electricity but also for heating purposes.

33. Solar panel is basically a device assembled of many photovoltaic cells.

35. Solar panels need to be faced directly to sunlight to harness as much solar energy as possible.

36. Solar panels need to be equipped with adequate overheating protection.

38. The average home solar system should be able to eliminate 18 tons of greenhouse gas emissions each year.

39. Solar energy is free source of energy because nobody owns the Sun.

41. It is expected that solar power will power quarter of global energy by 2050.

43. Solar energy can be also used to power our vehicles.

44. The current solar cars are still not commercial and are primarily built to compete in solar car races.

47. Solar energy industry is nonetheless the fastest growing industry in the United States.

51. The much spoken Desertec project has the main intention of turning Sahara’s vast sunlight into electricity.

53. Solar hot water systems are the cheapest in China.

56. Solar power is an excellent clean energy option for many rural areas in Africa.

57. Solar power plants are built large because it takes approximately one square kilometer for every 30-60 megawatts of generated solar energy.

59. Solar panels do not lose much efficiency over the years.

60. Solar panels can be recycled.

63. Even the cold Russia has good solar energy potential. Approximately 30 percent of the Russian territory can be effectively used for solar power generation.

65. The EU generated a record 12% of its electricity from solar from May to August 2022, helping to avoid a potential €29 billion in fossil gas imports.

69. One of the biggest shocks in global solar power industry was the unexpected bankruptcy of large U.S. solar company Solyndra back in 2011.

72. The state of Texas has the richest solar resources in the nation.

73. Solar cells were used as a back-up power source to the Vanguard I satellite in 1958.

74. Solar energy is the best renewable energy option for Australia because Australia has excellent insolation values and plenty of sunshine throughout the year. Australia currently has solar capacity of 28.2 gigawatts. (2022 data).

75. Australia has the highest average solar radiation of any continent.

76. Buying used solar panels can be a good deal because solar panels lose very little of their efficiency throughout their lifetime.

77. Solar energy is the most popular renewable energy source in United States among the general public.

80. In 2021, the solar industry generated nearly $33 billion of private investment in the American economy.

81. It is difficult to foresee whether United States can become world’s largest solar energy market in future by overtaking China.

82. If U.S. were to pass federal renewable energy standard this would give strong boost to U.S. solar energy sector as it would likely attract plenty of new investors.

83. India’s solar energy potential is estimated to be at around 500GW.

87. Investment in large and small-scale solar projects reached $120 billion in 2022.

88. The scientists have calculated that covering only 4% of the world’s deserts with solar panels would be enough to satisfy all of the world’s electricity demand.

89. Solar power is still more expensive (without incentives) than coal and natural gas but the differences in price continues to decrease.

89. Global solar energy production has been growing by more than 20 percent each year since 2002.

91. The state of Tennessee is one of the nation’s largest solar equipment manufacturers.

92. The 2022 Pew Research Center survey  shows that 72% of Americans believe that federal government should encourage wind and solar power production.

93. Terms „solar energy“ and „solar power“ aren’t synonyms because solar power refers to conversion of solar energy is form of sunlight into electricity (in most cases by using photovoltaics).

96. The largest formation of solar cells are called arrays, which are made up of thousands of individual cells.

98. Concentrated solar thermal (CST) uses lenses and reflectors to concentrate sunlight, heating a fluid such as water or oil and producing steam to drive a turbine.

99. If all the sunshine hitting the Sahara was converted into electricity it would be enough to power Europe 7,000 times over.