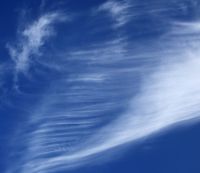 Wind energy is together with solar energy the most popular form of renewable energy. We need renewable energy sources such as wind energy to replace fossil fuels not just because of the rapidly growing climate change impact but also because fossil fuels are finite sources of energy meaning that they will eventually be exhausted.

There seems to be enough wind energy in the world to satisfy global energy demand. The latest study by the scientists from the Lawrence Livermore National Laboratory says that there is more than enough available wind power to satisfy global hunger for energy.

By using different computer simulated models scientists concluded that there are around 400 terawatts of power that could be extracted from surface winds. There is also more than 1,800 terawatts of potential wind energy potential in the winds extracted throughout the atmosphere.

However, if wind energy were to be utilized on such a large scale this would also lead to a certain changes in climate, though scientists believe that these changes would be small, almost negligible if turbines were to be spread across the globe and not stuck together in only a handful of regions. If turbines were to be properly spread then this would account only to minimal environmental impact on surface temperatures by about 0.1 degree Celsius and on precipitation by about 1%.

So why isn’t world using then more wind energy? Wind turbines are yet to achieve optimum level of efficiency, and the scientists still need to solve the intermittency of wind energy because wind doesn’t blow all the time.

We should also add powerful fossil fuel lobbies to this equation. The last thing these lobbies want is losing their influence on global energy market and if wind energy sector were to achieve large growth they would likely lose much of its power over politics and economy.

According to the latest GWEC (Global Wind Energy Council) report, the total global wind power capacity is now up to 837 GW, helping the world avoid over 1.2 billion tonnes of CO2 annually.