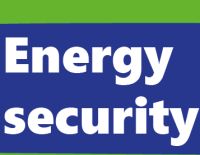 Energy security is a term we here a lot these days, especially when we are listening different reports about the expensive foreign energy import. The best way to define energy security is to say that this term refers to availability of natural resources for energy consumption in a given period of time (short or long-term period in order to estimate future energy security).

Each country must think about its future energy security because this is one of the main prerequisites for the future economic growth. Our economy is traditionally based on fossil fuels (oil, coal and natural gas), and this fact leads to conclusion that only the adequate supply of fossil fuels can guarantee future energy security. However, as the world pushes for more renewable energy, having a diversified renewable energy portfolio can help achieve domestic energy security.

The total transition to renewable energy will take time and there are estimates saying that our economy will continue its dependence on fossil fuels till at least the end of this century. Under this scenario fossil fuels will continue to determine the destiny of future global energy security and oil will likely continue to shape up the global economic growth.

There are many different threats to energy security, for instance political turmoils in rich oil producing countries, the rise of new economic giants (China and India that present heavy competition over energy sources), natural disasters and accidents, etc.

Also, energy security doesn’t refer just to the amount of energy resources that are at disposal to certain country but also to a security of energy supply (adequate distribution network). Energy plays key role in the national security of any given country because without energy there’s no economy, and without economy there’s no progress of society in general.

Major oil exporters today play key role in global energy security. Many powerful countries are looking for long-term solutions to increase energy security by reducing dependence on foreign oil import. This has not only resulted in the growth of domestic renewable energy resources but also in different measures aimed to improve energy efficiency and energy conservation.