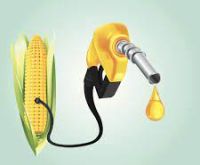 From the environmental point of view ethanol has clear edge over gasoline in terms of greenhouse gas emissions because it burns significantly cleaner, emitting fewer greenhouse gases, thus having more positive impact on climate change and global warming.

However, judging ethanol from the economic point of view doesn’t lead to easy conclusions, and it’s really difficult to say whether using ethanol is really beneficial for our economy or not.

From one perspective increased use of ethanol could lead to reduced foreign oil import, which would no doubt improve our future energy security and our energy independence. The strong domestic ethanol industry would also lead to new jobs, giving our economy a significant boost.

However, the major downside of increased ethanol production is the fact that ethanol is still primarily produced from food crops such as corn. Using food to produce fuel in world where there are already around billion hungry people is not just wrong from the moral point of view but also from economic point of view, because this leads to increase in food prices, resulting in reduced economic power on global level.

What this means is that the future ethanol production should focus on sources such as algae or waste, or in other words, it should stay away from food crops.

To conclude, ethanol could help reduce our dependence on foreign fuels, lower the fuel costs and account for less emissions but the real question is at any cost? If the cost is more hunger in the world, then the answer for more ethanol instead of gasoline is still no, even despite major environmental benefits.

If however, ethanol doesn’t interfere with global food production then the answer is definitely yes. The next step should be done by technology and science as they need to find cost-effective solutions to produce ethanol from non-food crops.