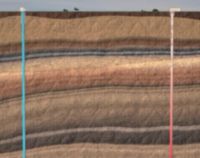 Oil and gas drilling not only have longer history of use as compared to geothermal drilling but is also less complicated than geothermal drilling. The main reason for this is the type of rock that gets drilled during the process- while oil drilling is typically done in softer and less-fractured rock (sedimentary rocks), geothermal drilling more often than not needs to go through much harder igneous and metamorphic rocks that are very hard to drill. The harder rocks also make fluid circulation far more difficult and can also change the impact loading on drills and cause significant damage in the process.

The heat beneath the earth’s core (geothermal energy) is connected with very high temperatures while oil drilling in most cases doesn’t include dealing with this kind of temperatures.

Geothermal energy industry still doesn’t attract the same level of investments like this is the case with some other renewable energy sources, most notably solar and wind. This is the main reason why there hasn’t been enough research that would make geothermal drilling more cost effective.

As a matter of fact, geothermal drillers create only a small number of new geothermal wells each year. This is the reason why there is not a great deal of innovation within the geothermal energy industry in the last few decades. Oil and gas industry, on the other hand, creates lot more wells per year which gives them the resources needed to support innovation and further research.

The global hunger for oil continues to grow forcing the oil industry to look for much deeper reservoirs which means that oil industry has started experiencing the same difficulties the geothermal drilling has to go through. This should lead to further research and possibly some new drilling technologies that could hopefully be also applied in geothermal energy industry.

Geothermal energy is certainly a very interesting renewable energy option because of its abundant potential in many parts of the world. There are many countries in the world that have excellent geothermal energy resources at their disposal and with the further improvements in drilling technologies geothermal could soon play much bigger role worldwide.